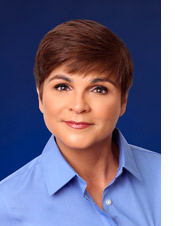 Diana began her career with SMO in 1996 as an Administrative Assistant and was quickly promoted to Administrative Manager and later moved into sales. In January of 2013, Diana was promoted to her current role as Vice President of Business Development.  She received her RBSM designation from the BSCAI in 1998.

Diana likes to spend time with her family, biking, kayaking, reading and raising money for Kids to the Coast where she is a Board Member.

Diana is fluent in Spanish and her previous experience in banking and property management has proven to be a real asset to SMO and our customers.