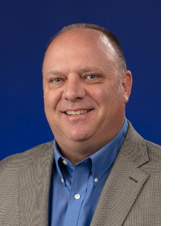 Gary graduated with a degree in Business Administration from Elon University in 1988. He and David Murphy founded Supreme Maintenance Organization in 1989.  Gary received his CBSE designation from the BSCAI in 2000.

Gary enjoys coaching youth sports and spending time with his family.  Gary currently serves as the Lighting Director at Lawndale Baptist Church and as Vice President of his homeowners association.  He has also served on the WTCC Energy Conservation Committee.

Gary is known as an excellent teacher and speaker.  He has spoken at International Executive Housekeepers Association seminars and the BSCAI Annual Convention. C