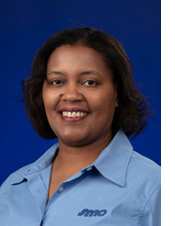 Shanda joined SMO in 2001 as a part time Sales Assistant.  She was moved into an Administrative Assistant position in 2006 and was promoted to her current role as Office Manager in 2009.

Shanda helps make sure the SMO corporate office runs smoothly and is a go to person for all things SMO.